The widespread use of dietary supplements in nutrition is an attempt at a new stage in the development of society and the science of nutrition to get harmony with nature and to significantly expand the adaptive capabilities of humans in the face of the constant growth of technological and emotional stress, environmental degradation.

Approximate estimates of the use of supplements show that many athletes regularly consume a lot of different supplements in doses that far exceed the safe threshold. However, most of them believe that the so-called natural dietary supplements are all totally safe, even in higher dosage.

Long-term intake in high doses of some of them can be harmful to your health (first of all, it concerns the consumption of dangerous amounts of iron, zinc and other metals).

The difference between dietary supplements and drugs is in the quantitative assessment of the final result: if the regulation or stimulation of body functions occurs within the physiological limits of the norm, it is a dietary supplement; if the response goes beyond the normal range – this is a medicine.

The following reasons are commonly mentioned for taking supplements:

• they compensate for an unbalanced diet;
• help to restore during heavy workouts or frequent competitions;
• they improve performance;
• allow you to keep up with the rest of the team or competitors;
• they are recommended by a coach, parents or other close people.

Sportspersons continue to take dietary supplements, even if, on the basis of biochemical analysis, it becomes clear that the level of substance, such as iron for example, is in the norm.

The choice of certain products, their combinations and the amount used, depend on the nature of the actual nutrition of a person, preparation cycle and focus of the workout routine.

Types of Dietary Supplements for Athletes and Their Safety 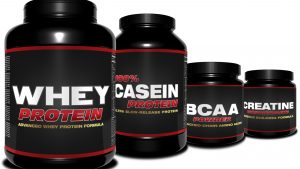 A large number of such supplements are sold under the guise of “anabolic” or “anti-catabolic” agents that have a direct or indirect effect on the synthesis of proteins in the muscles.

The mechanisms of action include affecting the metabolic pathways by increasing the availability of amino acids, stimulating hormones release or enhancing the hormonal action.

Despite the fact that protein and amino acid products are the most popular in this group, sales of creatine (used only in sports nutrition) and some other supplements are high enough.

Athletes often claim that they need an increased amount of protein for muscle mass growth, but literary sources do not confirm this hypothesis. This can be explained by Milford’s adaptive model of metabolic needs, which suggests that the body adapts to either high or low consumption and that such adaptation to changes is very slow.

With a high protein intake, increased regulation of protein breakdown and oxidation of amino acids begins. With a sharp reduction in protein intake, an athlete accustomed to high levels of protein experiences a loss in muscle mass until a balance is reached.

Besides, these dietary supplements can be a significant health hazard and lead to positive doping test results.

According to experts, many plant supplements increase the level of testosterone and, therefore, have an anabolic effect. These include Tribulus Terrestris, chrysin, indole-3-carbinol, saw palmetto, gamma-oryzanol, yohimbine, sarsaparillas, and mumie.

In recent research, it was revealed that drugs or supplements containing Tribulus Terrestris, chrysin, indole-3-carbinol, palmetto along with androstenedione and androstenediol have not been shown to increase testosterone concentrations and do not affect muscle growth compared to power training (Brown et al., 2000a, b, 2001a, b). Available clinical research data indicates that such plant extracts are of no value for this purpose.

Dietary supplements that improve performance by enhancing energy production include bicarbonate, caffeine, carnitine, creatine, guarana, hornet juice, iron, magnesium, pyruvate, ribose. The effectiveness of not all of these dietary supplements was clinically proven. There are reasons to believe that in certain situations, some athletes can benefit from the use of bicarbonate, caffeine, creatine. 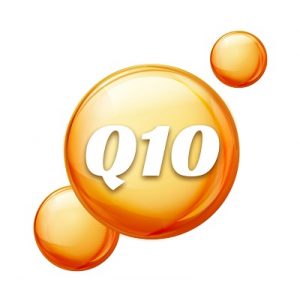 Several studies have examined the effect of antioxidant supplementation on the ratio of muscle damage caused by free radicals during exercise, and there is evidence of the protective effect of them (Kanter, 1995; Dekkers et al., 1996).

Data suggest that taking supplements may reduce signs of muscle damage, but there is no evidence of a beneficial effect on performance. Negative effects of antioxidants are also possible since some of them can act as oxidation accelerators (pro-oxidants).