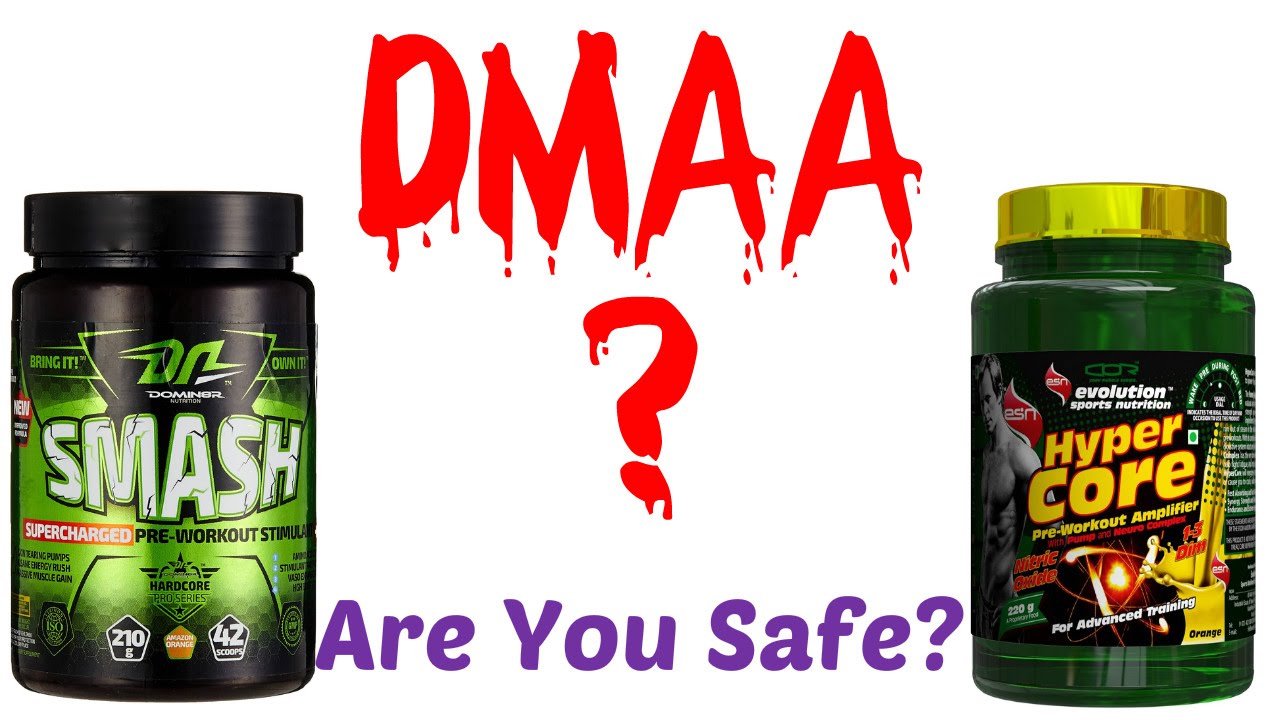 Today we will talk about the notorious DMAA pre workout complexes and, specifically, about the “euphoria” they can bring and also about their possible harmful effects (especially in the case of abuse).

The first pre-workout complex Ultimate Orange was created in 1982 in California by Dan Duchaine and became wildly popular among bodybuilders. However, soon after its appearance on the market, lawsuits against the company began.

Between the late 90s and early 00s, this pre-workout “supplement” was associated with deaths from heart attacks in athletes. Why was that? Because the ingredients were just orange juice and ephedrine.

The consequences of taking ephedrine can be both “relatively harmless” nervousness, mood swings, heart rhythm disorders, nausea, vomiting and insomnia, and even death from a heart attack or stroke. In 2004, the FDA banned ephedra alkaloids other than those used in medicines for asthma, colds, and allergies, and two years later banned ephedrine supplements.

After the ban, a new “king” appeared on the market – DMAA pre workout – 1,3-dimethylamine or DMAA.

If we do not go into details, because each complex may have different constituents, these complexes usually consist of:

Plus, almost every pre workout supplement has a “branded active ingredient” or so-called “geranium extract“, etc. This is exactly the place where everything becomes more interesting.

Back to the notorious DMAA. After the ephedrine was banned. The companies started looking for a replacement. Around 2006, DMAA, as we know it now, appeared on the market. But then the cases of serious health problems and even fatal cases started to appear, it is fair to say that other substances could also cause it, but the fact is a fact. In 2009, manufacturers of sports nutrition began to refuse from DMAA because of the FDA + anti-doping committee ban.

It is important to note that in the U.S., DMAA is not a banned substance and has never formally become illegal – it just cannot be promoted on the market or sold as a supplement (anything that is a supplement initially must be present in nature, not an artificially synthesized substance, otherwise it will be classified a drug).

Given that DMAA is not 100% banned, it was only a matter of time before a new product based on DMAA could appear on the market. Did you miss Jack 3D from USPLabs? Another manufacturer, Hi-Tech, simultaneously made a similar product to consumers and started a lawsuit with the FDA.

Hi-Tech is not new to such battles, but this time they got into a very serious fight. They already made similar to USPLabs’ products a few years ago, even before the FDA introduced their “semi-shutdown” on DMAA and scared almost all manufacturers with their aggressive warning letters.

But it wasn’t so easy to intimidate one company. Hi-Tech was the first to return to the market with Jack’d Up, a product that looks a lot like the clone of the old Jack 3D, but with an even more powerful formula than the original.

After DMAA, DMBA (AMP citrate) and DMHA (Octodrine) appeared on the market, providing the same effects, which were banned in Australia on October 1, 2017.

The main difference between popular components of pre-training complexes is in the legal field. If DMAA belongs to the semi-forbidden substance, DMHA can be purchased and taken without any legal risk.

There are minor differences in the chemical structure, as for the origin of substances – it is identical. DMAA and DMHA are made synthetically at chemical plants. There are natural sources of DMAA and DMHA, but it is not economically feasible to extract active ingredients from natural raw materials.

DMAA and DMHA: the mechanism of action and effects

The mechanism of action of geranamine and Octodrine is identical, it is connected with the accumulation of mediators (dopamine, noradrenaline) in synapses of the central nervous system. The increase in the concentration of biogenic amines in the brain is accompanied by exacerbation of perception, excitement, improved mood, increased physical and mental performance.

The increasing concentration of mediators in the centers of the spinal cord leads to the pre-activation of motor neurons and increased muscle activity.

Why there are so many contradictions?

If you take the formula of the DMAA pre workout product without “super active substance”, they are quite harmless – it’s just a mixture of vitamins, amino acids, caffeine, and other things. Discomfort can only create beta-alanine, as it can cause some minor tingling or itching in the body.

If you will add DMAA, a powerful stimulant of the nervous system, you can get the following side effects (especially if abuse it and use higher dosage than specified in the manufacturer’s instructions):

For 10 years of sports activity, I have tried DMAA pre workout complexes only 4 times. All 4 times from different companies and all 4 times the effect was the same: shiver, loss of concentration, an increase in blood pressure. Plus, regular use of DMAA pre workout may well develop an addiction and without them, you will be just a sluggish sadness in the gym.

“All things are poisons, for there is nothing without poisonous qualities. It is only the dose that makes a thing poison.”

It should be clearly understood that any product can do more harm than good if it is abused or misused. Besides, it is worth checking beforehand that there are no medical contraindications to the use of a particular product.

The purpose of this article is to show the other side of DMAA pre workout complexes, which is different from marketing speeches and descriptions on the Internet. Nothing may happen to you from a single use of DMAA pre workout product, but with regular use, you can expect side effects with a very high probability. Be always careful to check any information you receive (even this article).