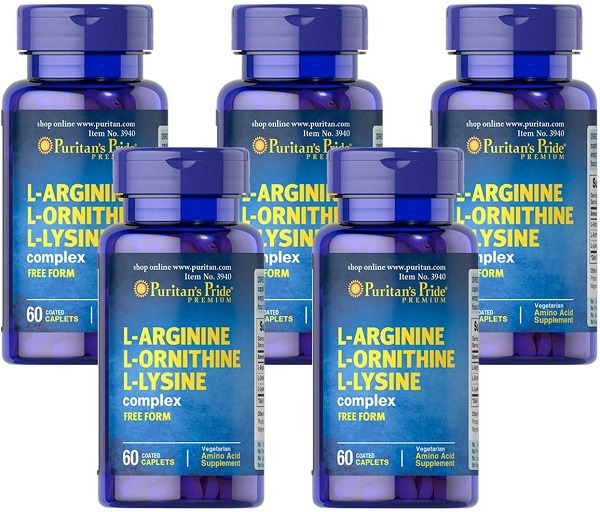 By the end of the article you will know the following:

How and when to take the amino acids for the best results?

How to stack these amino acids with other workout supplements for synergetic effect?

The additional intake of L-arginine is especially necessary for intensively trained athletes after the age of 30 when its natural secretion drops. Besides, L-arginine is responsible for the concentration of sperm in the male sperm, it improves the immune response and speeds up wound healing.

L-ornithine is an amino acid that stimulates insulin secretion and helps insulin act as an anabolic hormone. An extra dose of L-ornithine will help you lose weight and improve your body shape while you sleep. Also, L-ornithine acts as a hepatoprotection, regenerating liver tissue, and participates in the process of ammonia detoxification.

L-lysine is an amino acid that is essential for growth, tissue regeneration, production of antibodies, hormones, and enzymes. Additional intake of lysine prevents fatigue, promotes calcium absorption and restoration of bone and connective tissues.

Thus, the combination of these amino acids stimulates the secretion of growth hormone in the body, resulting in increased muscle mass and strength.

L-ornithine and L-arginine, two of the several amino acids involved in the secretion of human growth hormone, are among the most popular amino acid supplements today, mainly because they can help you lose weight and improve your body shape while you sleep (i.e. at the time when growth hormone is released).

Taking additional amounts of ornithine will help to increase the level of L-arginine in the body (in fact, arginine is formed from L-ornithine, and L-ornithine is isolated from L-arginine during constant cyclic transformations). Because ornithine and arginine are so closely related to each other, all the characteristics and caveats for one can be addressed to the other.

As a workout supplement, ornithine acts better if taken at the same time and in the same way (on an empty stomach, drinking water, or juice – without any other protein supplements).

Many studies have been conducted on this issue. I will include some of them. In particular, the effect of L-arginine in conjunction with the other amino acids has been studied.

1) The first study shows which dose is optimal for increasing GH release. 3 groups of people were given oral supplementation of L-arginine. The first group received 0.04 grams of L-arginine per kg of body weight per day, the second – 0.16 grams, the third – 0.28 grams.

During the experiment, it turned out that the growth hormone was best increased in people from the second group. In the first group, HGH didn’t increase enough. In the third group, people often had diarrhea and GIT disorders. If a person weighs 75 kg, then 12 grams of L-arginine per day will provide the best effect on growth hormone secretion – says the researchers’ conclusion.

The best results were in those people who were not overweight but had good physical shape and endurance.

2) Another experiment, in addition to taking L-arginine, also included taking L-lysine – 1.2 grams of each amino acid. This stack increased the growth hormone secretion by several times.

The combination of L-arginine and L-ornithine, taken before bed, showed good results. L-ornithine itself is capable of increasing the growth hormone HGH too. According to some reports, it does this even better than L-arginine does. If we take them together, we get a synergistic effect.

How to increase L-arginine level naturally?

How to take L-arginine properly? 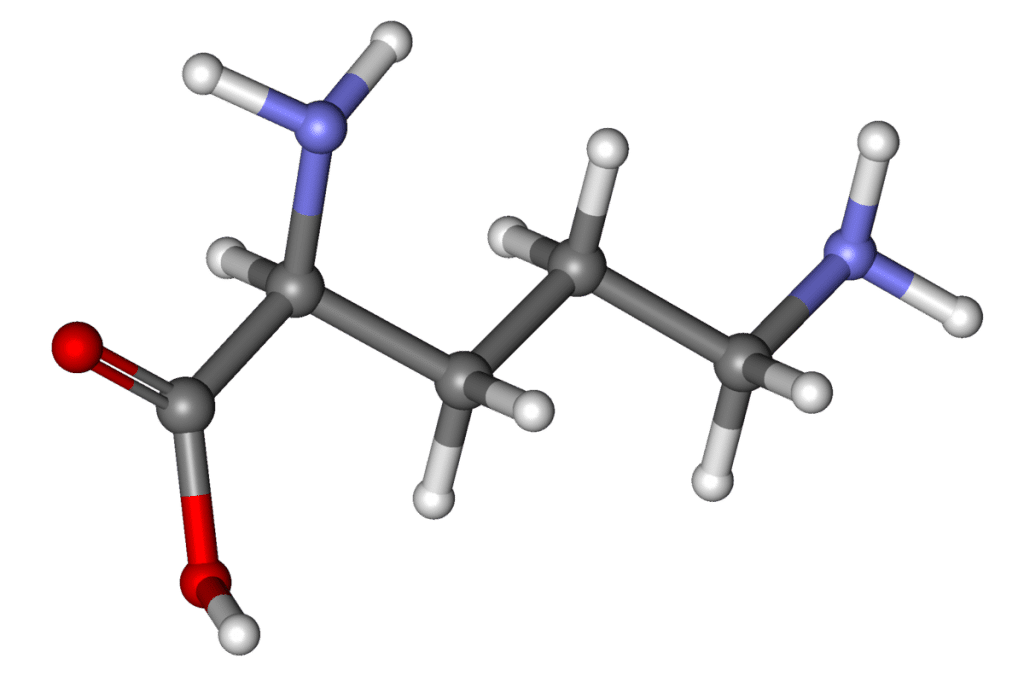 Much has been written about the beneficial properties of L-ornithine, such as the fact that athletes who prioritize endurance, show the best results in the final sprint and improve their performance. This is due to the removal of ammonia from the bloodstream that accumulates during the exercises.

However, the idea that taking ornithine may increase the production of GH is not new, but controversial enough. For example, Finnish researchers, conducting studies on bodybuilders 1  and giving them 2 grams of L-ornithine and 2 grams of L-arginine every day, have not recorded any effect on the level of growth hormone.

The researchers from Poland gave the powerlifters a mixture of 10 grams of L-arginine and L-ornithine and recorded an increase in the level of growth hormone. 2  All this causes controversy and doubts, so the Japanese researchers decided to clarify this.

The Japanese took 10 men for the study, whose average age was 22 years. They received 100 mg of L-ornithine per kilogram of body weight, and then they performed 8 sets of biceps training exercises. Another time, before the training, they received a placebo. This time there should be no error.

Training with the taking of L-ornithine led to a significant increase in the secretion of growth hormone. The Japanese have concluded that trained athletes will have better results than untrained bodybuilders. They also believe that only high doses will increase the production of HGH. They refer to studies conducted by American scientists in 1990, in which bodybuilders received 40, 100, or 170 mg of L-ornithine per kilogram of body weight.

If you are already an experienced athlete and want to increase the release of growth hormone, you will need high enough doses of L-ornithine and L-arginine. For example, an athlete weighing 80 kg will need between 8 and 14 grams. Since trained athletes already do stimulate the production of GH through the training.