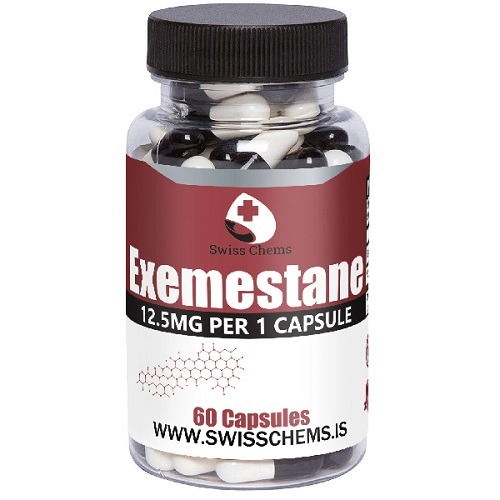 Aromasin (Exemestane) is an aromatase inhibitor drug that reduces estrogen production in the body. This drug is approved in the USA and is used in the treatment of breast cancer.

In bodybuilding, Aromasin is used on a steroid cycle to reduce the aromatase effect (conversion of testosterone to estrogens) when taking anabolic hormones.

Exemestane is a drug of the aromatase inhibitor class used in bodybuilding to suppress the estrogenic side effects of steroids. It was patented by Upjohn, the company that created it. The anti-estrogen first appeared on the U.S. market in the very early 2000s, right after it was approved for sale.

Like other representatives of this class of anti-estrogens, Aromasin is actively used in medicine for the treatment of breast cancer in women during menopause. However, the drug is no less popular in sports because it can effectively suppress the estrogenic side effects of AAS.

Its working mechanism resembles the more popular aromatase inhibitors Letrozole and Anastrozole. However, unlike them, athletes often use Exemestane in bodybuilding after a cycle of steroids.

The alternatives are Letrozole and Anastrozole.

Anastrozole usage on a cycle 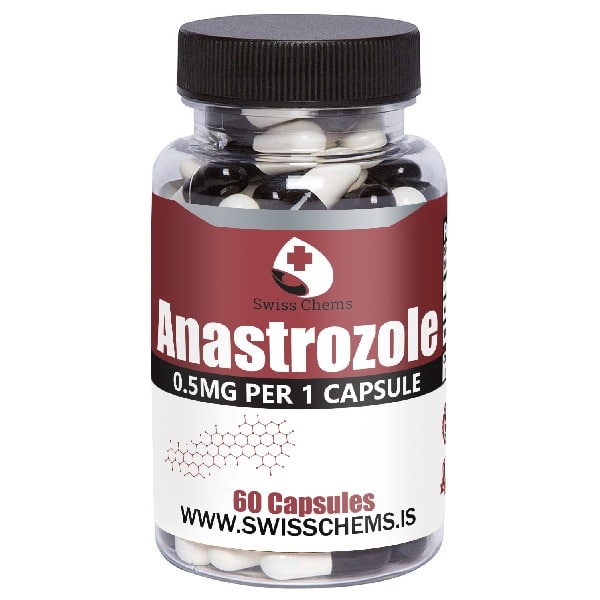 The tactic of many athletes is to use aromatase inhibitors when the first signs of gynecomastia appear (swelling, itching in the nipple area, redness). However, this approach is not optimal.

The most optimal solution is to perform an estradiol test after about 10 days of taking anabolic steroids with a short half-life (testosterone propionate, methandrostenolone) or after 3-4 weeks of administration of long esters (Enanthate, Sustanon, Cypionate). Then a medium dosage of Anastrozole 0.5 mg every other day is prescribed. After 10 days a control analysis of estradiol is performed and the dosage is adjusted according to the results.

A compromise option would be to use a moderate or low dosage of Anastrozole, guided by subjective sensations. If a drop in libido, erectile dysfunction, or depression occurs after the prescription, the dose should be reduced.

You can get Anastrozole here. Use the code: boosthormone15 for 10% off.

Aromasin dosage during the cycle

The recommended dosages range from 12.5 to 25 milligrams and should be used every other day. However, in most cases, athletes should only use 12.5 mg of Exemestane up to three times a week.

If the maximum prescribed dosage is used, however, the duration of the Exemestane cycle should not be prolonged. You should only use 25 milligrams for cholesterol disorders and only use the minimum dosage for other conditions. Exemestane is sometimes used in professional sports one or two weeks before the start of a tournament to improve the muscles definition. 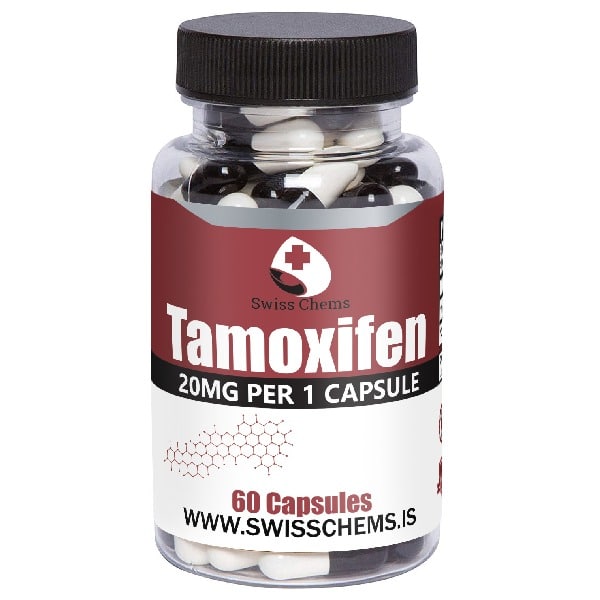 Primarily known as Nolvadex, Tamoxifen is most commonly used in bodybuilding by those using anabolic steroids for two purposes:

For the most part, Tamoxifen is well tolerated, this applies to both men and women, but ladies mostly use it in much lower doses and do so for its active rather than protective effect.

The degree of suppression depends on the type of steroids used and the duration of their use, but it (suppression) will occur in any case. Once the cycle is over, you need to be ready for action to keep the health and meat gained. Most bodybuilders who follow a proper PCT regimen do so for 3-4 weeks. For them, Tamoxifen is the way to go.

For many, there is nothing better than using just hCG and Tamoxifen on a PCT cycle. However, you should not make a mistake thinking that during several weeks of such therapy you will return 100% of your former testosterone production, though it will considerably speed up the process of returning to the former level.

You can get Tamoxifen here. Use the code: boosthormone15 for 25% off.

Many who are using Tamoxifen on a cycle do so to prevent gynecomastia. Steroids, which are highly androgenic, often lead to this problem. Tamoxifen helps to avoid the condition. 10mg per day will be enough in most cases. However, for some athletes, this dosage won’t be enough as they also will need to reduce estrogen levels with aromatase inhibitors, such as Arimidex or Letrozole. For many, aromatase inhibitors are a more reliable option than Tamoxifen.

The arrival of the inexpensive brand name Letrazole has put this drug in the lead. There are a sufficient number of studies confirming its high efficacy in men. 1 The administration of the drug was accompanied by a noticeable rise in gonadotropin (LH).

The effective dosage starts at 0.02 mg (100 times lower than the therapeutic dosage) 2 and reduces estrogen levels by a third. The half-life of Letrozole is 2-4 days, which allows it to be taken every other day.  The main disadvantage is its pronounced ability to suppress estrogen levels even at low dosages.

Anastrozole has also been well studied on men as an estradiol reducer and is widely used in bodybuilding. 3 It has been experimentally shown that a dosage of 1-0.5 mg can lower estradiol levels by about 50%. This drug can be purchased almost 10 times cheaper at dealers than at the pharmacy.

Dr. Mauro Di Pasquale writes in his book: “estrogens produced by the aromatization of testosterone and other anabolic steroids in parts of the brain and hypothalamus are thought to reduce luteinizing hormone secretion and therefore testosterone production.” Goodman and Gilman report that the feedback mechanism is activated by the concentration of estrogen rather than testosterone.” Thus, an explanation is given for the fact that AIs can significantly reduce the inhibitory effect of anabolic agents on the secretion of one’s sex hormones.

As we know, estrogens in moderate amounts are beneficial even for the male body. Estrogen hormones increase the sensitivity of androgen receptors and increase the effectiveness of the cycle, as well as having an anabolic and protective effect by themselves. The importance of estrogen receptors in muscles is described in detail in the thesis work of Anna Wiik. Thus, in practice, high doses of aromatase inhibitors can excessively suppress estrogen levels and lead to the following side effects:

Subjectively, the drugs are better tolerated than Tamoxifen.

Where to buy Aromasin

You can buy Aromasin online at SwissChems website, using the discount code below for 25% off the price.

We share coupon code from Swiss Chems with our readers! Use boosthormone15 and you will have an 10% discount on your orders.